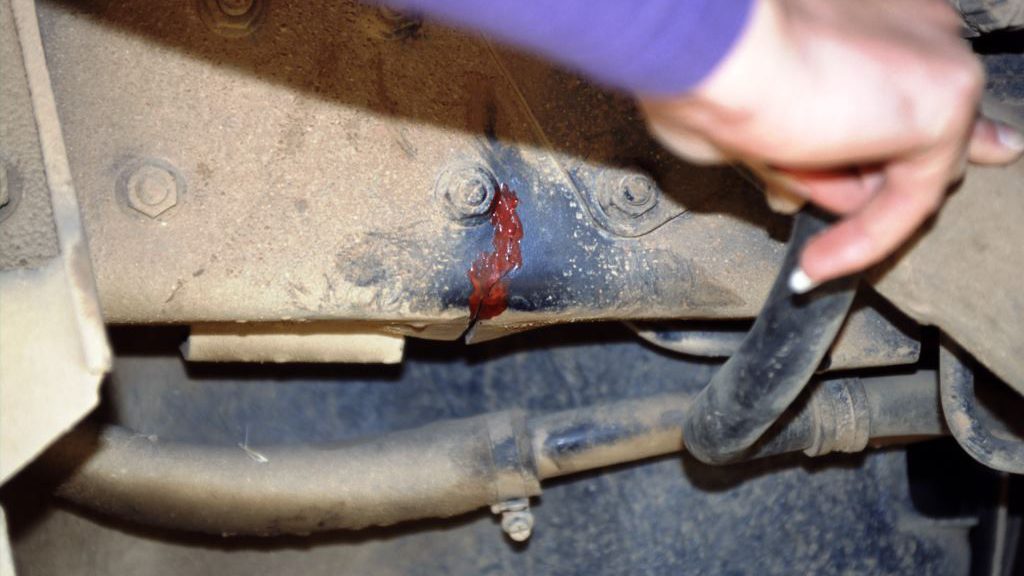 On our way home from West Africa on Trans-Sahara Highway N1 from Agadez to Tamanrasset severe problems occurred with the chassis when driving into an unseen sand trap at moderate speed.

For more information on the trip see: www.truck-the-world.com

The truck was suddenly stopped by the upper rim of the trap. Nothing happened to passengers except shock: The driver cabin jumped forward for 10 cm with both cabin front joints shearing off. The frame showed breakage close to the right front spring hanger, the rear hanger of that laminated spring had sheared almost off the frame.

Neither current nor welding equipment were available in the desert and provisional repair was repeated several times on the way North through Sahara desert using bolts, belts and car jacks together with patience and time.

Slow speeds and pot-hole avoidance as far as possible in deserts led back to civilization. On the way, provisional welding was done in Tamarasset, Hassi Belguebour and Hassi Messaoud, none of them sustainable.

The bashed truck made 2000 km on Sahara tracks at walking speed. 7 extended stops kept the truck going, half of them in Sahara without any human or technical support. Arriving at Hassi Messaoud, the German Automobile Club ADAC refused back haul because of excessive truck height talking about 3 cm. This refusal resulted in plus 2500 km on African and European roads at low speed. Consequently, after return to Bonn the truck broke down entirely and was hauled by MAN for repair.

Final frame repair was made by a professional company in Germany. Cabin was separated from the frame, frame aligned on a 1000-ton bank, welded and reinforced. Sprayed leaf springs together with other measures resulted in front axle load within limits and 7 cm spring travel. No technical problem has occurred since in that part of the vehicle.

All measures taken were designed and mounted by the owner, manufacturing was made by professional companies. The maker UNICAT was not involved.

For more information about works, companies and cost contact the owner.